According to state economists, Hawaii’s economy will benefit from its low inflation rate, leading to more growth than they originally predicted in their forecast. It’s rare to hear that forecasts need to be amended for the better, rather than the reverse, and we’re already seeing a lot of steady economic improvements in our wonderful state.

Richard C. Lim, the director of the state Department of Business, Economic Development and Tourism, recently stated that the Hawaii inflation rate, which is 1.1 percent, is lower than the U.S. average. That hasn’t happened since 2003. He also stated that the labor market is still improving and reaching record highs for the number of workers employed in the first seven months of the year. Hawaii’s real gross domestic product is expected to grow by 2.6 percent this year, and 2.2 percent next year.

Another interesting prediction is that we’ll hit a new record of 8.3 million visitor arrivals this year thanks to additional air seats to Hawaii, despite the fact that arrivals were down in the first half of the year. This is good news for anyone planning a West Maui real estate purchase for use as a vacation rental. With hotel rates as high as they are, it’s easy to charge a competitive rate, especially with a good vacation rental management company to help you. It may also be worth noting that visitor arrivals are predicted to continue to grow through 2017. Spending is also predicted to grow, and by 2.6 percent this year for a total of $14.9 billion. Next year, growth is expected to reach 3.6 percent, and in 2016, growth is expected to reach 4.6 percent.

The state added 7,000 more jobs in the first half of this year than during the same period last year. That’s a big spike, considering the state’s population. Personal income is expected to grow by 4 percent this year and 4.5 percent next year. It’s good to get a steady stream of good news from Hawaii economists, and we look forward to more of the same. 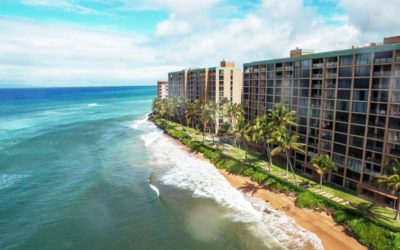 Can it be? We’ve been seeing record numbers for months on end here on the Valley Isle, with seemingly no end in sight....