New News from the Maui Eldorado 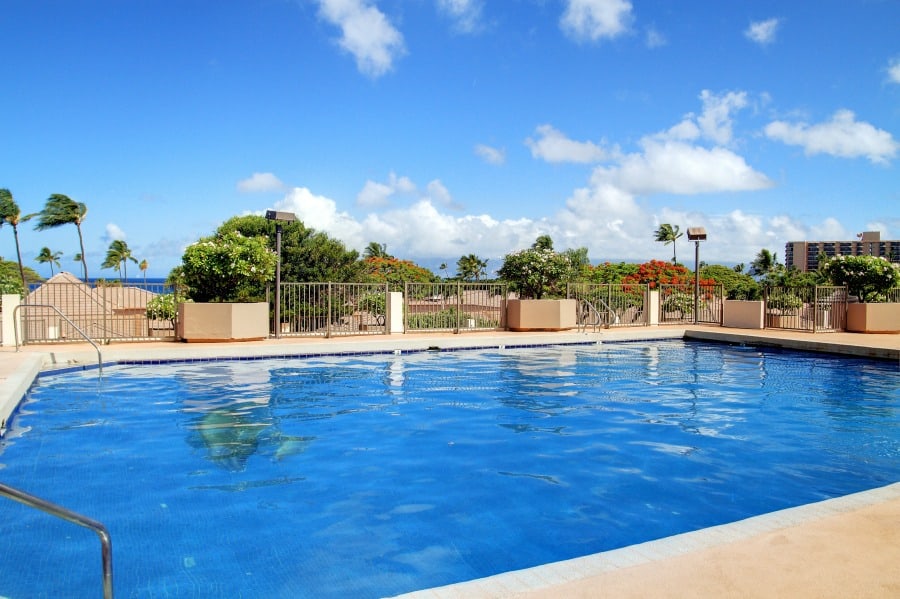 The Maui Eldorado is currently working on some significant capital projects during 2016 to upgrade their current facilities. These include some structural improvements to the covered parking garage but also adding some exciting new amenities around the main pool at the top of our parking garage.

First and foremost the main pool is being reconfigured to be more useful by providing an expanded shallow area that has part of it for kids to play in and on the opposite side of the pool a lounge area in the water. A deck extension is being built to allow lounge chairs around the whole pool not just two sides. There will also be a standalone hot tub added along the makai side of the pool. We will be adding His and Hers bathrooms on the top deck too. All of these will be ADA compliant.

Surrounding the pool will be a new hardwood deck added for both comfort and beauty. In the far corner it will be covered with artificial turf. New planter pots will be placed throughout to provide a more tropical feel to the area. We will be doubling the BBQ grills on the lower deck and building a stand alone pavilion which will provide shade as well as an evening eating venue. New Bocce ball and Shuffleboard courts will be nearby for using while the food is cooking! In our continued effort to go more Green, both the lower pavilion and upper restrooms will be topped off with solar panels.

The construction should begin mid April and continue throughout the fall terminating in the end of September. Bank and owner financing have been approved for the project in addition to a significant contribution from the existing capital reserves.

Due to the new energy saving programs they installed at the Eldorado they were able to reduce by 20% the Maintenance Fees, but also decided to increase the capital reserve fees by 64% to supercharge our capital reserves due to the pool/garage projects which resulted in a combined 6.3% reduction in overall fees.

Mele Kalikimaka, Maui! Could The Holiday Season Deliver Another Million-Dollar Median in November?

Aloha, KW Maui Luxury readers—and Happy Holidays! 2022 has been a banner year thus far, for quite a few reasons:...