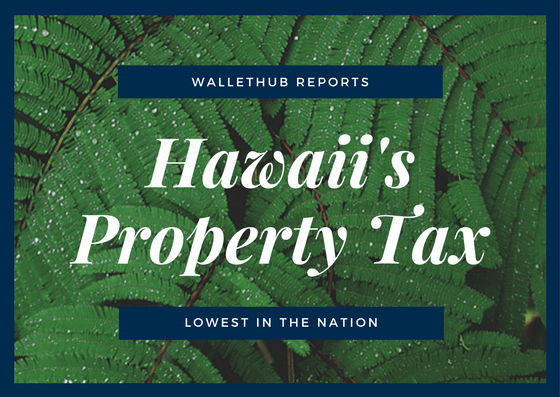 You may have guessed that Hawaii’s median home prices are higher than average, but did you know that property taxes are the lowest in the nation? According to a report by WalletHub, Hawaii’s property tax rate of 0.27 percent is lower than all the other states in the nation.

As the report revealed, the median price of a U.S. home was $178,600 in 2015, based on Census Bureau data. WalletHub found that Hawaii’s annual taxes on a home at that price would be $487. Compare that to New Jersey, which had the highest property taxes on a home of the same price, which came out to at $4,189. Hawaii’s tax rate is 8.6 times lower. After Hawaii, the next cheapest property taxes are found in Alabama, where the rate is 0.43 percent. That means a homeowner would pay $773 on a home worth $178,600, which is $286 more than a Hawaii homeowner would pay.

Surprised? Check the WalletHub report here. Of course, Hawaii’s median home prices are much higher than the U.S. average, but there are plenty of Maui real estate listings that fall above or below the Maui median, which was $636,750 in 2016. Being that our median home prices are high, which increases the total spent on taxes, it’s worth considering that the average American household spends $2,149 on property taxes each year.

Should people consider property taxes when they decide where to move? WalletHub asked Roger H. Gordon, Professor of Economics at University of California San Diego, for an answer to that particular question. The professor stated that based on empirical evidence, the answer is yes. People factor in property taxes and local government expenditures, both of which influence property values.

If you’re in the market and you have any questions about Maui real estate, you’ll find our contact information at the bottom of the page. We can help answer your questions and assist you in finding the right property, based on your budget and preferences. For more useful information on Maui’s real estate market, along with community events and lifestyle opportunities, check back each Friday for our latest blog entry. Mahalo!

Protecting Hawaii’s natural environment is very important to all of us living here in this delicate ecosystem that is...